This is certainly a strange trend. Apparently, Hitler-themed bars and restaurants are a thing in parts of Asia. See: the following article (which was helpfully found by Pamela and forwarded to me by Olivia).

Adolf Hitler? In most western countries he is viewed as history’s
most evil man, and almost all are aware of the horrific genocide he was
responsible for, with many having had family fight and/or die in the war
against Nazi Germany.

However, in Asia, Hitler is a far more distant figure. This distance
might be an explanation for the bizarre case of Hitler restaurants and
bars that can be found throughout Asia.

Here are some photos of these strange Hitler-themed
establishments: 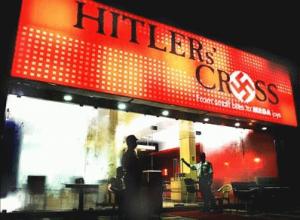 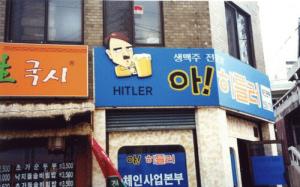 You can view more here.